Insulin: What are types, benefits, and ways to administer it?

In 1921, Sir Frederick G Banting (pictured), JJR Macleod, and Charles H Best discovered insulin at the University of Toronto. Since 1925, insulin has been available for use. Initially, insulin was extracted from the pancreas of beef and pork. By the beginning of the year 1980, the technology was available to synthetically produce human insulin. The beef and pork insulin which was used traditionally was later replaced in the US by synthetic human insulin.

Today, there are various insulin analogs available that are replacing human insulin.

The prevalence of diabetes varies according to age and gender in the population. It is seen more in people above 50 years of age.

What is insulin? What does insulin do in the body?

The human body naturally produces an anabolic peptide called insulin hormone, which is a glucose-lowering hormone. It is secreted from the beta cells of the pancreas namely the islet of Langerhans. The hormone maintains the blood sugar levels of our body, by accelerating the absorption of glucose from the blood into the liver, fat, and muscle cells where the glucose is stored. Therefore, it helps in the metabolism of carbohydrates, proteins, and fats in the body.

A decrease in the insulin hormone due to metabolic disturbance or any other reason leads to the dysfunctionality of blood sugar absorption and an increase in blood glucose levels. This condition is medically termed hyperglycemia or diabetes.

There are 2 types of diabetes, Type I which is diabetes insipidus, and Type II called diabetes mellitus. Type II is the most commonly occurring form and impacts people of age more than 40 years. 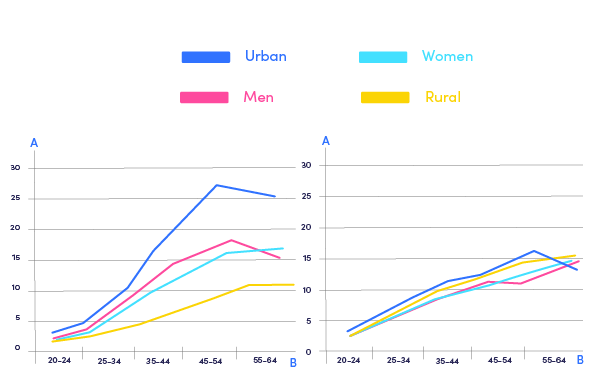 What are the types of insulin? How can it be administered?

Insulin is the major therapy for the treatment of diabetes. Human Insulins and Insulin analogs are readily available for treatments. Insulin analogs are synthetic insulins that are identical to human insulins in the course of action as the body's natural response to insulin secretion; however, have a slightly different structural change.

Insulins are also classified based on various criteria like concentration or strength of Insulins. In the U.S, the concentration is mostly 100 units per ml. Other criteria for classification are the delivery method or mode of administration of insulin whether taken subcutaneously or intravenously.

Insulins are also categorized based on their onset of the action that means in how much time insulin begins to act in the body and their duration of action. Insulins are classified as fast-acting, intermediate-acting, and long-acting.

Fast-acting insulins are quickly absorbed by the body into the blood pool within 30 min to 1hr and remain for 6-8 hrs in the bloodstream. This helps in controlling the blood glucose during meals and hyperglycemia. Some examples are insulin Lyspro, insulin Aspart.

Intermediate-acting insulins are slowly absorbed as compared to the fast-acting and last for 12-24 hours. These insulins last longer and are used to control blood glucose levels overnight, during fasting, and in between meals. Examples: NPH Human Insulin, Pre-mixed Insulin. 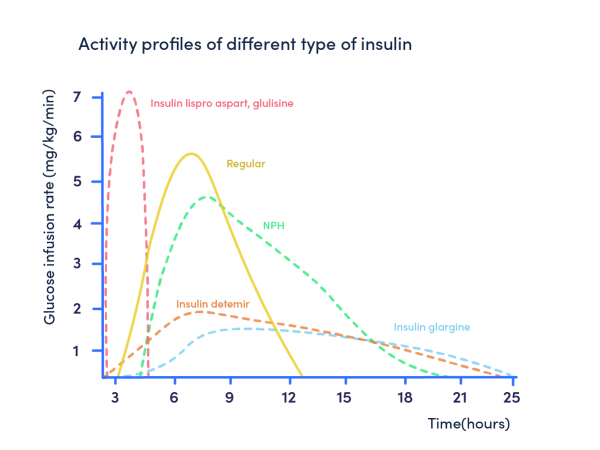 How to store insulin?

One should be careful about Insulin storage for its safe and effective usage. It requires proper storage. Improper storage can result in insulin breakdown which can lead to a decrease in its ability to function as required.

2. Make a note of dates of insulin usage to keep a track of 28 days. Some insulins are used for less than 28 days, so consult a physician for details.

3. An opened vial should be stored in a fridge or at room temperature.

4. Consult a doctor or a diabetic educator for proper instructions on the storage of insulin.

5. Insulins should not be left in extreme heat or high temperatures. Sun exposure should be avoided.

6. Be watchful of expiration dates and insulin appearance. Insulin should always be clear, free of clumps, white particles, or crystals in the bottle or pen.

What are alternative medications for people with diabetes that aren’t insulin?

Often doctors prescribe medicines for diabetic patients which are not insulin. These medications are approved by the regulatory authorities.

The first drug that got FDA (Food and drug administration) approval was Exenatide. This is a GLP-1 drug. It is advised for Diabetes type II patients. They trigger the pancreas to secrete insulin to rush out the glucose into the bloodstream and into the body cells. It also controls the amount of glucagon production in the body and prompts the liver to release stored sugar.

What are the drawbacks to insulin treatment for diabetes?

With the intake of regular insulin, the risk of hypoglycemia increases. Chances of weight gain and diabetic ketoacidosis are also high. Frequent injection of needles can be painful and may get resistant.

Also, the prices of insulin have shown a constant increase of approximately 15% every year. Millions of people suffer from diabetes and are dependent on insulin to avoid risk and death.

Complications on running out of insulin

Hypoglycemia or insulin shock is the most fatal complication associated with insulin.

This shock is a medical emergency condition where the blood glucose levels become much lower than the normal range. It is also termed diabetic shock or hypoglycemia. It is usually caused by missing a meal, alcohol consumption, over insulin intake, or kidney dysfunction and it often becomes a fatal event.

Other complications include headaches, dizziness, and anxiety, nausea, hunger, weakness, irritation, sweating, blurred vision, seizures, confused mindset, sleepiness, loss of appetite, etc. Repeated events of hypoglycemia increase the risk of diabetic coma due to lack of sufficient glucose supply to the brain. Hence, early treatment of low blood sugar and noticing the symptoms early can help prevent insulin shock. It is very important to inform the doctor or the physician of the repeated bouts of hypoglycemia or related symptoms, as this can be an indication to change the insulin dosage. Eating properly, taking insulin as prescribed and directed, and monitoring the blood glucose frequently using a home blood glucose meter or continuous glucose monitoring are important steps to be followed for prevention.